Making the Case for Mid-Season Rehab

"I'll just power through the rest of the year and get healthy again during the off-season." 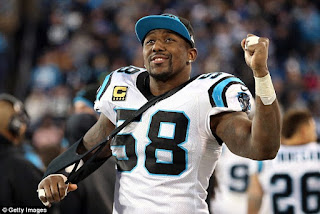 I'm good, Coach! There are three whole ligament fibers still in there!

If you've worked with sports in any capacity with athletes over the age of 18, you've encountered this attitude time and time again. Or maybe you're one of these athletes yourself. You got hurt in the first game but feel well enough to continuing playing the week after with only a bit of pain, so you tape yourself up and consign to go and get rehab after the season is over.

This attitude isn't restricted to the traditional multi-game season either. Maybe you're a runner, body builder, or gymnast with that one, big competition coming up in a month. You're training hard and rigorously; there's no time to for stupid little rehab exercises.

In reality, there's actually a big problem with athletes who won't seek treatment in the midst of their sport season. I understand their thought process - in that they either don't have time or don't want rehab to interfere with their training progress or practice - but I far from agree with it. Just because you have someone to tape your ankle, get your back cracked or massaged once a week, or started wearing a back brace doesn't mean it's ok to neglect the actual rehabilitation and retraining of your injured joints.

So what are the reasons to not wait until the season is over to get better?

You're Going to Get More Injured

This one is an obvious one. Regardless of the fact that you have tape or a brace to support the area that you hurt, the structure that was injured is, by nature, now prone to further injury. Even if the tape is good enough to protect your ankle during the game (pro-tip: there's a likely chance it's not!) what about after the game when you return to work or your family? The chances of you reinjuring something, whether during sport, work, or life, are always multiplied after every injury and even moreso after each reoccurence. With that being said, why risk it if there is something to be done?

So you finally did make it to through those few more months and to your physique show, despite straining your back earlier. It was thanks to that back brace you had at work and that you wore your weight-lifting belt during even the lighter days at the gym. Now that it's all over, now is a good time to hit the clinic.

Except, now that you've waited so long, you've increased your timeline of recovery due to developing poor motor habits by compensating all this time. Whether it's having that back brace that eventually made your core weaker, that limp that mangled your hip strength, or the fact that you just straight-up stopped reaching over head with that arm to protect your shoulder, the adaptations that your body has made around the injury have only become more and more ingrained the longer you put your rehab off. What once may have been a simple couple weeks of rehab for the ankle sprain is now two months of recovery because your hip weakness has now started causing both back and knee pain. 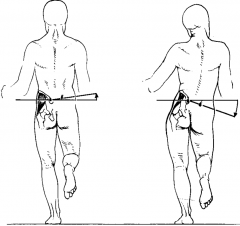 Look at this photo and try to tell me it's ok to walk around like this.

Rehab Will Improve Performance, Not Interfere

This last one is, again, a seemingly-obvious one, but it still doesn't seem to resonate with people who have a less-than-paralyzing affliction. Honestly, I think it may stem from the belief that there's no point in rehabing something that's just going to get more hurt again the next day, but that's an awful way to think.

Anyhow, I digress; you're performance at your sport isn't exactly going to improve amidst an injury, and it's definitely not going to suffer because you added some daily rehab exercises to your training plan. I'll revisit the whole "power through it" mentality, and while that's an admirable philosophy, it's important to remember that every additional ache or pain is going to affect your performance to some degree - whether it's the ankle sprain from three weeks ago meaning you can't run as fast, the back strain preventing you from lifting as heavy, or the shoulder instability resulting in you having less shots at the hoop before needing to come off and ice.

All in all, this isn't a groundbreaking train of thought. I'm pretty sure that all of us - athletes, coaches, parents - know that we're better off seeing help sooner than later, but we get stuck in this mentality of dealing with it later because there's more important stuff in the now. It's a mentality that we're much better off with phasing out, however, for the sake of both your health and your performance. Don't be a hero; be smart.
Posted by Jon at 21:37