X-Ray and MRI Results: How Concerned You Should (Probably Not) Be

I'm going to draw off a few studies (Yay science!) as well as a couple personal clients that I've treated as an example here. Let's see if this sounds familiar:

You (or someone you know, a friend of a friend, an uncle's twice-removed cousin in Guam) have some x-rays or an MRI done. This person may or may not be currently experiencing pain. The results come back and BAM! "You have arthritis in your neck/two bulged discs/severe scoliosis," says your doctor. The doctor (or some other health professional) then reasons that these abnormalities are either the cause of your back pain or will soon be causing you severe pain in due time. These conditions are unlikely to ever get better and will probably get worse and worse with time. Too bad, tough luck; try again in your next life! 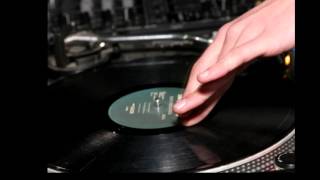 Let's take a moment to consider exactly how much stock we should be putting into these imaging results.

I know, it's hard to argue with a picture that says that a condition is there. In fact, I'm not arguing that at all. If an x-ray says that you have degenerative arthritic changes in your neck or the radiograph shows a disc herniation in your low back, then those things are absolutely present!

What I am arguing, however, is how much those pictures actually matter.

I have one client who has been "plagued" by scoliosis that she found out was genetic and had been present for her entire life. She works out religiously and see's her chiropractor for adjustments, but was increasingly frustrated that she continued to be afflicted with back pain and fearful that she would eventually be crippled due to the condition worsening. Now, I'm not the world's greatest therapist by any means (I figure I have another 1-2 years before attaining that award). However, let's just say that after two treatments of assessing her "abnormal" anatomical formation and prescribing exercise to correct for some spinal instability, she has recently been without pain for the first time in years. 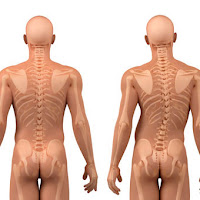 Even more recently, I had another client who had been shown the x-rays of degenerative arthritic changes in her neck. She attributed this "osteoarthritis" to her neural pain going down her arm. After examining her, I concluded that, indeed, she had nerve root impingement, but her localized neck pain and range of motion were not severe enough for me to think that those degenerative changes were the major factor. Rather, I can't help but believe her forward head and shoulder posture as well as her hypomobility in her neck segments to be the cause. But that's just me.

Actually, it's not just me. There have been numerous studies supporting the fact that individuals can, extremely commonly, have degenerative changes in their spines and be completely symptom-free. Take this one study that scanned subjects who experienced absolutely no pain, resulting in the conclusion that over half of them had disc bulges! And this isn't an isolated case of asymptomatic people having abnormal findings in their low backs. As for neck pain, how about this study showing that normal and abnormal changes in the cervical spine were found in equal amounts between patients who reported pain and those who reported none at all? 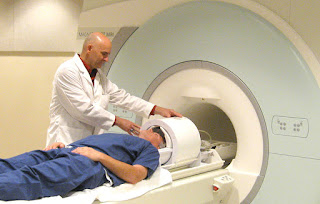 The lesson to take here is that while there are an endless number of reasons that the body may experience pain or dysfunctions that could be present, our bodies have a natural resiliency to them. Humans are adaptable to countless situations and environments, and thus, our bodies are extremely adept at working around physical irregularities, be they genetic or acquired. It is true that oftentimes we need therapeutic intervention in order to guide our mechanics back on the right track. At the end of the day, though, it's very seldom that you need to write yourself off as a lost cause, and we need to be cautious of practitioners who are going to try and capitalize on our fear of that photo. That x-ray photo doesn't have the final say when it comes to your quality of life, though, and clients should always seek second opinions if they feel that their so-called prognosis is unnecessarily bleak.