If It Hurts, Don't Do It (Except Do It A Little)

Traditionally, we healthcare practitioners get used to telling clients that if something hurts, then don't do it. Seems pretty obvious.

However, wait! We've talked about how avoidance of movement out of fear of pain may actually make the problem worse! Let's say that you're wishing to squat, but squatting hurts your hip. Telling you to not squat at all is likely to decondition you even further and prime the nervous system to expect pain when you do attempt the movement again. And thus, the movement does continue to hurt more and more when performed.

As we know, pain and the treatment for pain are primarily nervous system-driven. When certain movements hurt, yes, the tissue may be damaged in the case of acute injury, but the area has also become accustomed to having a lower load tolerance.

With that being said, if you've had long-term wrist pain when squeezing a fist, then retraining both strength and load tolerance will probably see you...squeezing your fist as an exercise. But maybe at 50% rather than 100%. 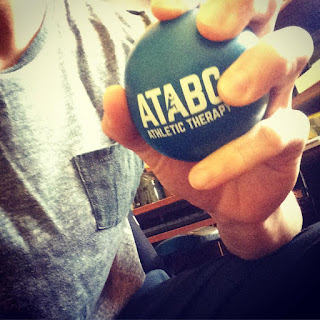 This is the basis of exercise rehab. The last thing that we therapists want to see is the complete cessation of any particular movements or exercises. Obviously, our job comes in when those movements need to be modified in order to reintroduce load within pain tolerance, and Athletic Therapists are the experts for recognizing when, where, and how those adjustments need to occur to get you better.

So no, when a movement hurts, it's not necessarily a call to stop that movement completely (unless it's absolutely something that the body isn't supposed to do, of course), but adjusting the method and volume of that movement is likely necessary. It's all about re-accustoming the body to the performance that we want it to do.