As an avid long-distance runner myself, it seems about time that I publish some tips for my own sport.

I was a competitive runner back in high school and then continued on to longer-distances during college and beyond. Back in high school, however, I was under the impression that to train to run, you only had to run. Boy, was I wrong. I plateaued in performance and was bogged down with knee injuries and shin splints. Nowadays, I wish that I had the advice that I offer you here now.

I see this issue in my younger athletes, primarily. While the most common advice for weight training in general is typically sets of 10 reps, usually for 3-4 sets, revolving those parameters around running training won't be ideal. Those rep ranges are reserved for beginners to weight-lifting or for individuals wanting to increase muscle size. For long-distance runners, size gains will be counterproductive.

Instead, focus on strength parameters (3-6 reps) to condition your muscles to be able to withstand high impact, and power (2-4 reps) to be able to generate those explosive forces required to propel you forward. Mix in endurance ranges (15-20+) for good measure, but know that more than the occasional set of these isn't necessary, as the running that you're still doing should be close to enough from an endurance perspective.

The way that your body works is that all of the strongest muscles are located near the center while the assisting muscles branch out. That being said, the main muscles you need to be targeting for strength are your glutes. During walking and running gait, those butt muscles are meant to be the main drivers of hip extension. When the glutes becoming weak or inactive and the knees and calves take over, this results in overuse injuries. (ie: the knee issues and shin splints that I formerly mentioned.)

It's common to assume that glute work is going to consist of high-volume squats and lunges. In theory, yes. However, the glutes actually tend to be inactive in a large chunk of the population with people being unable to initiate proper contraction of them in the first place during these exercises. Thus, exercises such as glutes bridges and hip thrusters will be vital to isolate the area.

A fair number of people, still, will have an inability to fire their glutes properly during the bridge movement, with the hamstrings being the dominant muscle instead. (If you feel the contraction occurring at the back of your knees, then you fall into this category.) Here's a quick video tutorial on how to deactivate the hamstrings for optimal gluteal activation.

3) Isolate the Glutes and Hamstrings; Leave the Quads and Calves Alone

As I just stated, isolating the glutes is important as they are the main force drivers while you run. The hamstrings are a good idea to target by themselves as well, mainly due to the fact that they're often much weaker than the quads and can be prone to cramps and strains when not strengthened properly.

As for the quads and calves, leave them be. You're constantly targeting those guys during the every single compound lift and while running. (On an average day, you're doing between 10,000-30,000 calf raises already.) Apart from that, isolation exercises to those areas can actually be damaging. I already talked previously about how calf raises can result in imbalances and shin-splint issues. As for the quads, it's been shown without doubt that the compressive forces going through the knees are maximized during the range of motion used when you use the knee-extension machine at your gym. In other words, "Oww, my aching knees". 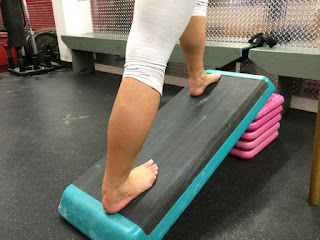 Straying away from the big muscles that we all like to look at the most (figuratively and literally), we also can never forget to neglect the little muscles that keep them together. Specifically, the lateral stabilizers of the hips. (Glute medius, minimus, piriformis, etc.) Without proper activation of these smaller muscle groups, the biomechanics of walking and running break down and result in secondary compensations and complications.

These muscles are most active during unilateral (or single-sided) exercises. This is important for when you realise that, when you run, only one foot is in contact with the ground at any given time. (Believe it or not!)

With that being said, exercises using a single-leg stance, or with alternating legs (ie: lunges) are going to be your friend. Like with the big glute muscles, however, you may need to think about isolating them if they are not activating properly. That takes us to more of the rehab realm, which I'll touch on another time.

Ahh, you thought that we were gonna get through a post without me mentioning the core. Keep dreaming.

During any type of running activity, there are high-volume stresses being placed on the spine. Whenever you swing your arms and legs, physics demands that your spine twist as a result. When you strike the ground with your foot, impact shock is travelling up your legs and into your back. When you push the ground away from you and extend your hip behind you, the spine wants to follow your hip movement and moves into repetitive hyperextension.

As you can guess, these stresses can wreak havoc on your back health and are the reason why so many runners struggle with lower-back pain. Thus, it's vital to train the core with isometric exercises that will prevent these deformities from occurring by stabilizing the trunk against these external stimuli.

What's more, having a strong core will also increase the strength of your strides! 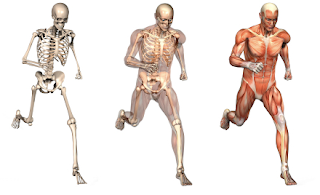 Are these tips the secret to a gold medal in your city's next marathon? Of course not. But they're a tool to use and modify your training to help move yourself past a plateau and prevent injuries. I've gone through quite a bit of research as well as trial-and-error to come to these philosophies which, indeed, I'm sure some may argue. Minds constantly change, however, and I'm sure my methods of training will continue to change in the years to come.