For many, the weight lifting belt is an essential part of any workout. It seems to be a given that it's the tool that will allow individuals to push heavy loads while protecting their backs. Without the belt, injury can ensue and lifts become weaker. But yet, why do so many serious weight lifters still experience low back pain and injury? 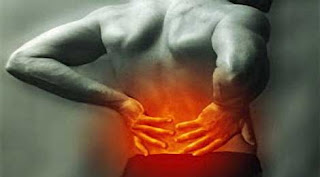 For the right reasons, weight lifting belts definitely have their place. The purpose of the belt is not, itself, to create stability of the spine. Rather, the compression around the abdomen is a trigger for users to breathe against it and increase the pressure of the abdomen; also known as the val salva maneuver. With the resistance to brace against, this pressure is increased significantly compared to when not using the belt.

On deciding when to use a belt, there are two main reasons. Firstly, when pushing maximal or near-maximal loads that place compression on the spine, such as when trying to break a new squatting record. Having the extra intra-abdominal pressure protecting the spine is going to be a valuable resource to prevent the risk of injury during this instances. The second reason is when training during back-injury recovery. When the strength and stability of your trunk are compromised, the protection turns from helpful to vital, in many cases.

Stuart McGill wrote an informative summary on the use of back belts. Most significantly, his research found that, in individuals who had never experienced a prior back injury, a belt did not provide any additional protective benefits.

In fact, based on a study done in the 90's, individuals who regularly trained with a belt had a slightly-increased risk of injury once they returned to their jobs following training. Why would this be?

Well, as I always seem to talk about, training core stability is a crucial aspect to spinal and overall health. Having the external assistance during your workout to help brace the core will, essentially, begin to remove the need for your core muscles to be strong at all. This being said, it makes sense that, if you're training every muscle group except for the core and allowing it to become weak, then you'll be at an increased risk of injury outside of the gym, once that protective brace is removed.

A personal observation that I've also made is that heavy belt use creates a trend toward chest-breathing. Yes, while lifting heavy loads, the belt cues you to brace and breathe into your abdomen. Once the lift is done, however, and you're resting between sets, you're no longer making any attempt to breathe against that resistance. Instead, you follow the path of least-resistance and start reverting to breathing through your chest. As I have quickly demonstrated in the past, chest-breathing does not constitute proper core stability. By becoming a chronic chest breather, you're essentially dooming yourself to an unstable core as well as upper back and neck dysfunction as a result of improper spinal mechanics.

A Physical and Mental Crutch

Can people really be overusing belts so much that their injury risk increase is really going to be so significant? Yes, yes they can. Back to the research, it's been observed that many gym-goers are wearing their belts during inappropriate situations, such as while lifting light loads or doing exercises that do not require trunk stability. Anecdotally, I can attest to this, as I regularly watch gym members still wearing their belts while doing bicep curls, bench press, and even walking on the treadmill.

This becomes a problem. Like any crutch, the more you use it when not necessary, the weaker and weaker you'll become in the areas you're trying to compensate for. Chronic lifting belt use is going to result is chronic core instability, and eventually, these individuals can lose the ability to do even submaximal lifts safely without that support. Furthermore, once they leave the gym and return to their daily lives of lifting boxes or doing yard work, their risk of injury has skyrocketed since they're bodies are no longer trained to self-protect their spines. 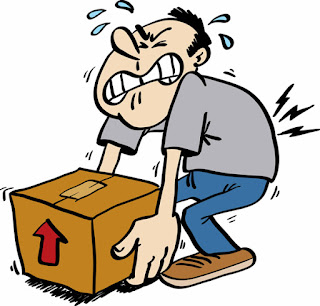 It's not as easy as simply telling people that they need to phase out the belts either, though. At this point, people will have also developed a mental reliance on the belts. For anyone who's experienced a bad injury before, think about how it felt when your cast was finally removed, you started walking without a crutch again, or you stopped getting your ankle taped for soccer. As soon as that protection is removed, it's stressful. Many people have difficulty leaving the protection phase (such as in cases of chronic ankle taping) due to fear of reinjury, and this is exactly what will occur when trying to remove - or even decrease - the use of weight lifting belts from many gym rats.

The first solution to this problem is education for prevention. Individuals who are new to weightlifting should be encouraged to lift using their own muscular strength without any external assistance like this. Learning proper core stability is vital to learning how to exercise if we are to expect these people to train towards good health. Once people begin to push very heavy maximal loads, the belt may be used. However, caution must be used. I definitely do see proper use of the belt in the gym, which involves use of the belt during those maximal lifts only followed by immediate removal as soon as the exercise is completed - even when it's only a rest period between sets. Dysfunctional patterns cannot be encouraged, so the crutch must be removed as soon as it's no longer necessary.

In those who are already stuck in this loop, the only answer is, essentially, rehabilitation. Many people now have a significant muscular deficit that must now be retrained, not to mention the mental insecurity without the belt again. The crutch cannot simply be removed cold-turkey. It's a matter of restrengthening and stabilizing the core muscles gradually and training the proper muscular systems to fire during exercise. This means more submaximal loads without the belt, but care will need to be given to still allow use - albeit weened use - of the belt during heavy loads in order to not allow the person to lose their overall strength progress that they've worked so hard at over the years.

For those who have been training for years, these are hard concepts to accept, as their routines have revolved so heavily around these dysfunctional patterns for as long as they've known. (I'm challenging some "core" beliefs here, if you don't mind my awful sense of humour.) Both the research and the anecdotes speak for themselves, however. Traditional lifters are too-often prone to low-back pain and injury. Weekly chiropractor appointments become too common. Clearly, there's has been a problem. Lifters, are you willing to change?
Posted by Jon at 11:49