Why Planks Are Not Enough

I've seen and talked to numerous people with complaints of low back pain that can't seem to understand why they are afflicted with such; after all, they always do planks to strengthen their cores. 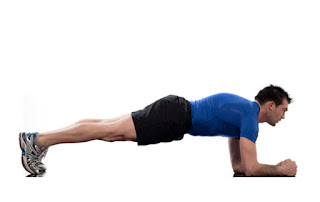 I've seen many people with severe low-back pain who figure that it must be due to something other than muscular strength. They can hold a strong plank for minutes on end and keep going forever. It couldn't possibly a core problem. Well, I'm sorry to say to everyone, planks are not enough. Why?

After the first couple minutes of holding a plank, it is no longer a core strength exercises; rather, it's a core endurance one.

Now, core endurance is an essential aspect to health, but more often than  not, the need strength exceeds the need for endurance in these muscles. Whether it's picking boxes up, lifting weights, or nearly any other activity, the core needs the strength to stabilize the spine under these shorter, higher-resistance loads rather than needing to stay activated under excessive lengths of light-resistance.

Planks for muscular strength are a beginning level exercise only. As soon as a client can maintain a strong plank for 1-2 minutes, they are well-past the point of this exercise being useful. It's time to move on.

Planks also have a bit of a disadvantage in that they address stabilization in a single plane of motion only. Sure, you can flip onto the side and side-plank for the oblique muscles as well, but the benefits here have limits as well. By training stabilization using resistance at only one angle, you're training your core to only be strong and stable at that angle. As soon as you experience any resistance coming at you from a diagonal direction, you're no longer conditioned to bear the load. 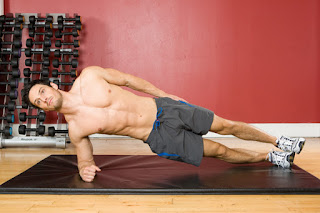 Again, planks on their own are a beginner-level exercise only. They do the job at an early stage to teach us how to use those core muscles to stabilize the spine and prevent movement against resistance.

However, the demands on the core system drastically change and increase as soon as we add joint movement into the picture. Adding arm or hip movement to the mix increases the level of activity required by the core muscles due to change in joint position transferring additional kinetic forces towards the spine. That being said, if you're not training your core to stabilize during joint range of motion (such as with the deadbug), then you're not training your core to be effective as soon as you try to transition to any functional activity.

To reiterate, I very rarely give planks to clients except in the case of very low-function individuals (or if it's an additional part to a larger workout plan that is already challenging the core). It should be considered a first step only.

Clients always require an increased demand as they progress towards returning to activity or higher performance. With that in mind, they require a highly-varied core routine just like every other muscle group does (as the gym-rats out there will understand). Adding weight to the plank, adjusting core exercise angles, throwing in joint and limb movement, and even progressing to plyometric-type impact exercises to challenge the core are are essentials at some point in the plan. It doesn't matter if the individual is a rehab client, an experience gym-goer, or a high-performance athlete; these principles remain sound.