As an Athletic Therapist, I'm obviously always concerned with how to keep my clients adherent to their exercise plans in order to accelerate their recovery. It's not always easy, especially when that client's motivation was low enough that they barely made it to my office in the first place.

It's funny, though, some of the methods we employ to try and keep ourselves motivated. One common thing I've noticed that people attempt to do to keep themselves true to healthy habits is bargaining the use of passive habits in order to achieve them. Allow me to explain..

Once in a while, I see a client who floats the idea of adhering to their rehab plan by doing their exercises during "down-time" to make it easy, such as while watching television. Unfortunately, not a single client who has said this has been able to maintain their routine. Where is the disconnect here?


Well, it could simply be the fact that using those passive activities is only going to motivate our psychology toward more passive habits, rather than the other way around. When it comes to exercise in general, our brain is going to activate these exercise-related habits when it experiences related stimuli that normally goes along with them. (ie: When the "switch is flipped" when you walk into a gym or get up early for your run.) Since your brain is going to have trouble associating passive activities, such as television, with activity, the chances of developing those habits are slimmer.

As well, this is speculation, but perhaps trying to bargain passive methods in order to stay healthy is a sign of poor self-efficacy. Maybe someone who attempts to use these tricks, in reality, has poor confidence in the first place that they will adhere. And as we know, self-efficacy is vital when it comes to lifestyle changes and without that sense of control, success rates are low. 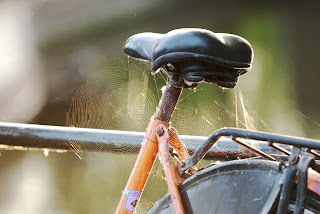 In short, the clients of mine that are the most successful are the ones who are intrinsically motivated enough to set aside time to, well, get'er'done!

Does this mean that a person is a lost cause if they're not one of these go-getters who's ready to go guns-out and balls-to-the-wall with their recovery, however? OF COURSE NOT! 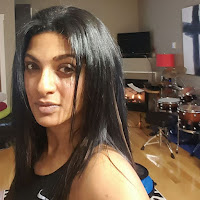 This article was written based on topics collaborated on with of Sasha Tanoushka, owner of Verus Systems Therapy. Sasha is a member of the BC AMFT and AAMFT  ( American Association of Marriage n Family Therapists  ). She's completing her MA in Marriage And Family Therapy through Northcentral University. She's worked extensively with families and individuals over the years in both community sports, martial arts, kids' clubs and ladies' community groups.