Should You Exercise Your Neck?

A lot of us deal with tension and tightness in the neck, tension headaches, and other related symptoms. What's to be done about that?

Clients will often inform me of doing regular stretching for their necks to no avail. Well, that's weird!

Regurgitation time: Muscles are tight for a reason! And that reason is usually a need for more strength, not for more tugging them to their end-range. As always, I remind you that there's probably a good case against static stretching for that reason.

But how does strengthening the neck work? Well, for the love of all that's mighty, please refrain from the gym bro neck extensions which are more likely to leave you with a massive kink in the neck and splitting headache.

Instead, applicable strength through the neck will majorly come from the deep flexors at the front of your neck, which tend to be underutilized in many of our sedentary lifestyles.

Progressions exist, but this is a starting step. If you have neck pain, strengthening to keep the joints secure is the key; not just excessive stretching. Go gentle, be mindful, and give your neck muscles a reason to feel relaxed.

We've been here for, but we're always good for a reminder.

Many of you have experienced fascial symptoms before, like the burning of plantar fasciitis or the discomfort through your IT band.

The first instinct is, of course, to rub it. 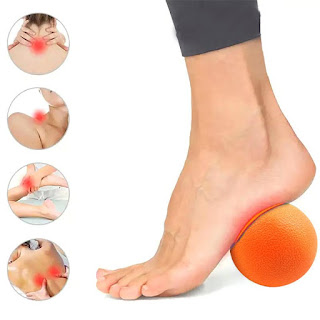 Now, a bit of self-massage is not a bad thing. All pain that we experience is neurological in nature and sent out by our brain, and by stimulating the painful area with some massage, we're overriding the pain with our own self-made busy signal.

But let's remember that that's about as far as the effect will go. Rubbing the sore spot out will absolutely not break down muscle, adhesions, or scar tissue. It's not a thing that can happen. Please don't argue the fact. In fact, fascia itself is a static and passive tissue that neither contracts nor lengthens (much like ligaments).

So how do we treat fascial pain in the long term if we can't physically "loosen" it up? 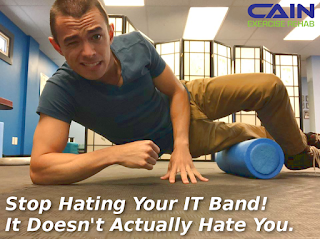 Well, as you know, everything in the body is interconnected, and so, logically, that sore fascia connects to something. Your IT band originates from your hip muscles. Your plantar fascia is an extension of your calf and achilles. Those areas can be treated in the long term.

But still not just with a lacrosse ball.

Changes occur in the body due to its mechanics. If any particular muscle is putting undue stress upon the fascia, then there's a change in the way it moves that's required to alleviate it. Sure, rub out your calves, but they're tight in the first place because the hip muscles aren't working enough and making the calves put in overtime. It's when we address the way those relationships are occurring that we can see some long-term relief.

Concussions (Are Not Just A Sports Injury)

Concussions are a hot topic in sports, and the world watches all news and developments closely. They’re a real danger, and sport organizations are, thankfully, catching on quick to the need to treat them seriously.

However, there’s an odd disconnect between how concussions are considered in sport versus any other aspect of life. While it’s widely known that standard protocol dictates no sport participation until a concussion is fully healed, schools and workplaces are still lagging behind. Even insurance companies (*coughICBCcough*) do not treat concussions with the seriousness they require. 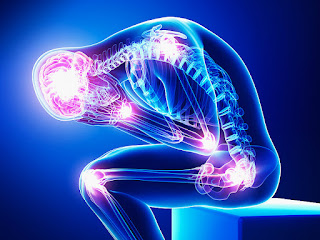 The fact of the matter is that concussions do not require a sport or even a car accident to occur. Workplace head injuries are incredibly common, but even simple household accidents such as a tumble down the stairs can be enough. And the struggle with concussion injuries outside of sport is a lesser awareness of the issue resulting in many cases going under-reported and undiagnosed.

Furthermore, anyone who’s been involved in sport understands the hardship of the time-off requirement when these head injuries occur, with almost forceful intervention often being needed to keep recovering athletes out of play. What happens, though, when an employee or student doesn’t have that same watchful eye to prevent them from returning to work or study too early? Unfortunately, pushing through these situations can result in the same complications as an athlete playing through concussions.

Fortunately, concussion reporting at work is seeing an increased rate, and almost assuredly due to increased awareness and not an increased true rate of injury. That being said, there is still room for growth as we work toward seeing brain health in everyday life being treated with the same urgent protocol as it would in sport.

Remember, just because you don't play football doesn't mean a knock to the head shouldn't be taken seriously. Physical AND mental rest and slow return to activity is vital for the brain to recover and best done under supervised, gradual exposure.

Athletic Therapists are one type of healthcare professional specifically trained for recognition and assessment of concussions as well as in return to activity protocol. Consider a consultation with one if you or someone you know is coping with this type of injury.