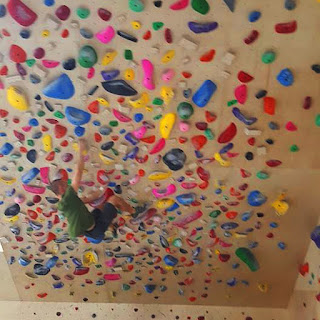 Is Your Core Strong Enough For Your Squat?

A friend called me on Easter Sunday with a bit of an urgent need. He's a good friend, so I came into the office for the holiday. The issue? He threw out his back squatting.

This individual is a very strong, powerful weightlifter, but this wasn't the first occurrence of this type of injury. I had to give him a bit of a hard time, however, as I knew he hasn't been keeping his core conditioned for the heavy lifts he does. Unfortunately, he's far from being alone in this situation.

As I so commonly drone on about like a broken record, core strength is essential for activities of daily living and for keeping the spine healthy during weightlifting and sport. Truly enough, though, with careful attention to form, exercises such as squatting without a strong core is still possible. Especially with back squatting, with the bar sitting at the back of the body to focus the weight through the hips to make it easier to engage the more powerful lower-chain muscles, people tend to neglect the need for trunk stability. What's more, with the arms out to the side with the back squat, we are able to achieve activation of the lats which assist with spinal stability through their connection to the thoracolumbar fascia (which essentially covers the entirety of the lumbar spine). 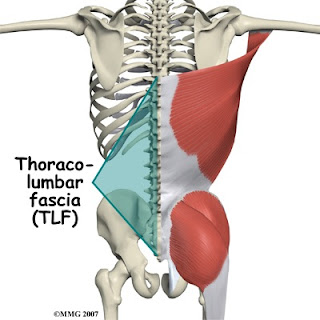 However, switching to the front squat, with the weight lying to the front of the body and the forces threatening to deform the spine a bit more - and with the lat engagement removed - any deficit in core strength quickly becomes apparent. Back or front, though, injury risk is still prevalent without a well-conditioned core complex. 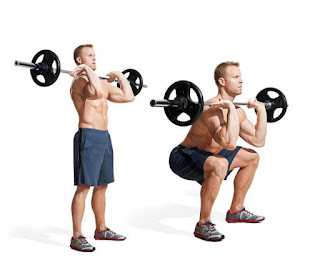 You see, the final muscle group that's around to try to pick up the slack is the spinal erectors. They're very quick to strain or spasm as soon as they're left alone to bear the weight of a barbell, and most back injuries during squatting occur during those instances that the other muscular systems fail and the erectors are forced to overcontract to try and guard. 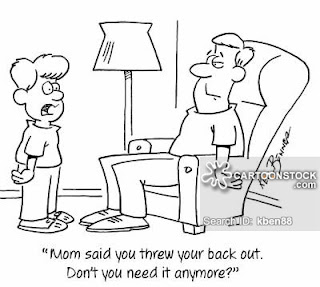 Unfortunately, the going trend is for many gym rats to simply rely on the use of weightliftings belt in order to substitute for core instability and protect their back. This is fine (and probably in best interest) during maximal loads, but becoming dependent on this crutch for submax lifting is doing you no favours unless your intent is to resort to wearing your belt home, to work, and during every other aspect of life as well.

When it came to my client, once we mobilized his (several) joint fixations and settled down the acute spasm, the next step was to emphasize the importance of core stability in neutral hip and spine positions. Once he's ready to return to lifting, I had to recommend he keep his squatting firmly in the submax range while he works on improving his core strength. Until his trunk stability is up to par, there's simply just no point in attempting to increase the weight that the legs can push, less he begin to push weight that threatens to reinjure him again. Essentially, his legs are under maintenance instructions while the core catches up to the game.

Don't let things lead to injury. Do some planks. Do some deadbugs. Don't rely on the weightlifting belt to protect your back because you probably won't be wearing it when you go to pick up your kid.

Positivity in the Clinic Space

There's a definite difference in the progress my clients will make depending on the emotional spin that I put on their conditions. Picture that you're in the therapy clinic having your injury assessed. Which of the following sounds better to you?

" You have a pretty major problem going on right now that needs to be addressed."

"There's definitely some work that needs to be put in here, but your outcome looks good." 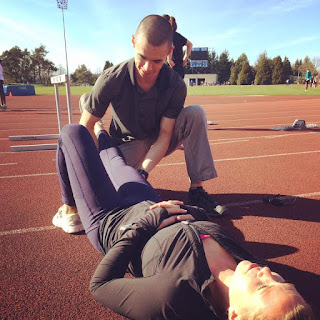 Both are fairly common kinds of attitudes that clinicians - whether it's an Athletic Therapist, chiropractor, or physiotherapist - take towards their clients. There's a difference, however. The first instills more fear and dependence on the practitioner; the second generates more optimism and empowerment toward a positive outcome.

This sort of topic traces back to my previous post about honesty and transparency when working as a clinician. As healthcare practitioners, there is a responsibility on our part to deliver information to clients in a way that is going to encourage them to progress in their treatment rather than instill fear and avoidance habits of their conditions.

We've all seen this tactic used distastefully, in that a practitioner will use fear-mongering language in order to create a sense of dependence for the client to constantly keep coming back, which is poor ethical practice indeed. However, it's incredibly easy for well-meaning professionals to unintentionally do the same as well. Fairly enough, someone's back injury might really be a major problem. It's just important to remember that the message that we send, though, dictates the client's belief and self-efficacy when it comes to being able to recover from those injuries. 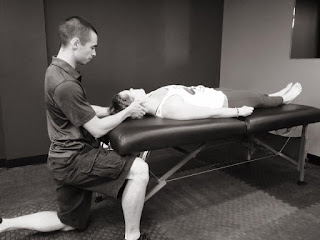 Running Posts That You Should Read

It's spring running season! Track and field leagues are getting off the ground, recreational runners are back on the trails, and city 10K's and marathons will soon be hitting the streets.

To mark this time of year, I'm taking this week to compile together my posts to date on running training and health. If you're gearing up for training, competition, or just beginning to run again for your health, take your time with these reads. 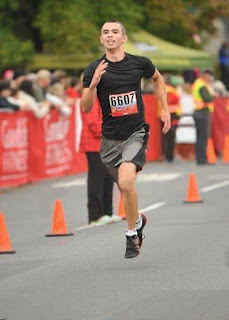 And pull off the 'photogenic runner' like a boss!

School cross country team? Running your first 10K at the end of the month? Here's a few training tips to optimize your prep time and avoid injury from the pavement-pounding.

Is sprinting on the track more your forte? There's a lot of crossover between the training for long and short distances, but there are definitely some key differences to consider in order to maximize your performance.

Lower back pain is a common issue among runners of all ages and sizes. This is partially due to a neglect of core stability through one specific range of motion.

Your Tight Hip Flexors and You

Tight hip flexors are another common ailment of the runner, as well as a variety of other athletes. Stretching may not be the thing to help you, however.

The all-dreaded shin-splints. Here's a general troubleshooter to help you find some relief and get back to the trails.