What Are Shin Splints?

If you haven't had them yourself, you've at least heard of them. Shin splints: the bane of existence for many runners. This delightful condition involves stabbing pain in the inner shin region, exacerbation from running and impact, and can often include radiating pain traveling through the entire calf muscle.

Medial tibial stress syndrome is a condition so common that it affects nearly 10% of all runners. However, surprisingly little is known about it. Often, people boil the pain down to muscle strains, tendinopathies, or stress fractures, but these internet diagnoses are inaccurate.

For the longest time, I, myself, considered MTSS to be something that it wasn't out of error. Among many professionals, it was thought to be periostitis of the tibia - inflammation of the top layer of the bone caused by traction from muscular tension. Unfortunately, upon a journal search for this article, this theory was quickly proven wrong.

As it turns out, science still hasn't completely agreed on the etiology of MTSS. There is one prevalent theory that just cropped up during the new century.

One pair of researchers was able to demonstrate a pathology to do with bone remodeling as related to shin splint pain. As you may know, bones are not a lifeless tissue. The body's cells are constantly breaking down bone and replacing it with new. Usually, this is done at a healthy, even rate, but in examples such as osteoporosis, the breakdown occurs more quickly than the regrowth, resulting in the frail-boned condition. 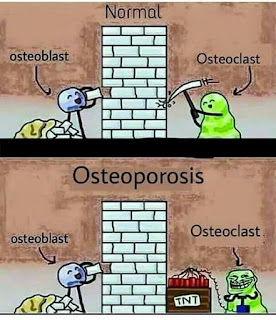 In the case of shin splints, the breakdown of bone tissue increases when the bone is subject to new and sustained mechanical stress, such as an unconditioned individual who suddenly starts to overdo the pavement running. This is done in order to remodel the matrix of the bone tissue and allow it to adapt to the new stressor, but in the interim of this remodeling being complete, the bone structure is unable to accommodate the stress. As a result, microdamage to the bone itself occurs.

It's like a highway that's in the middle of being converted into a traintrack, except the train has already started being run along the route during the construction. The structure is going to take a beating!


In terms of the recovery from shin splints, even though many practitioners may not have had the reasoning correct, many of the same rehab and exercise methods still stand. Weakness or excessive stiffness of the calf muscles still must be addressed in order to allow the muscle tissue to transmit forces properly, rather than directing them back into the bone. Hip muscle activation is still key to ensure the impact can further travel up the chain rather than remaining in the lower leg. Finally, gait and footwear should not be disregarded, due to improper loading through the foot and leg resulting in increased fatigue to structures that are needed to buffer impact forces.

So, just remember to be conservative when increasing your training volume, be mindful of your form, and change your shoes regularly. Keep all this in mind, and.... 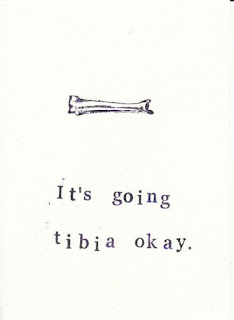