I've had a few clients who see me regarding an injury or condition who have expressed a lot of worry over their muscular asymmetry.

Symmetry is a big concern in the fitness world; particularly in the circles of physique, fitness, and bodybuilding competitors who rely on the aesthetic of it for their performance. 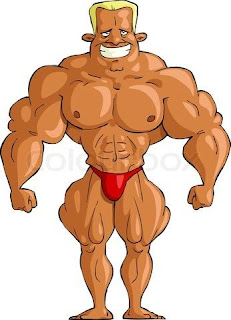 However, when it comes to our health, fitness, and function, does symmetry really matter that much?

The answer is, frankly, nope.

You see, outside of the gym, our lifestyles don't really allow for the perfectly equal use of our limbs between left and right and the promotion of a symmetrical body-type. You have a dominant hand, a dominant leg, a preferred sleeping position. Without the focus of isolated exercise to specifically target the growth of individual muscles, it's unlikely you'll attain that perfect mirrored figure.

Does that translate to pathology, however? Probably not. Obviously, if there's a severe discrepancy such as a smaller quad due to a 6-month limp or one arm that's smaller after recovering from a fracture, those are more clinically significant. When it comes to a typical population group, though, smaller differences between left and right will usually be negligible.

Take the shoulders, for instance. I've heard many individuals remark on the fact that one of their shoulders - and thus, the entire arm - hangs quite a bit lower than the other other and worry about the implications of the "muscle imbalance" behind it. This is a perfectly normal occurrence though, with the dominant arm often - maybe even nearly always - hanging lower due to the more-constant reaching and lengthening of the musculature on that side.

And this isn't an isolated circumstance. Development of traps on one side, tone of spinal erectors, asymmetry of the abdominal muscles, and more. These discrepancies do not signal poor health; only habitual differences between sides. When flexing in the mirror, do not be alarmed by those subtle differences. You don't not need to be equally sized, toned, or flexible on both sides. 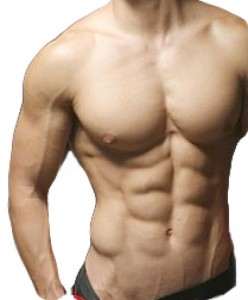 Don't get me wrong; I still will always note these asymmetries when examining a client who sees me in my clinic, as perhaps they are part of a larger problem that I haven't quite picked up on yet. However, it's important to keep those notes in the back pocket until needed, as it'd be useless to get hung up on every small change right off the bat. It's good to remember to not get hung up on how alike left and right look and to just focus more on each joint's ability to perform it's required functions overall.

In the words of Eric Cressey: