Is There A Case Against Stretching?

Hello, reader. Welcome to the world of fitness. In this world, you warm your body up, lift things up, put them down, maybe repeat a few more times, and then stretch after. It's tried, true, and timeless. Or is it?

I've been having reflective thoughts on the static stretch following exercise. There isn't much of any school of thought to argue against stretching, but I have to say this: In my experience, whether or not I prescribe stretches to clients hasn't seemed to affect their progress, from what I've been able to tell. As such, I decided to make this the point of my research this week. 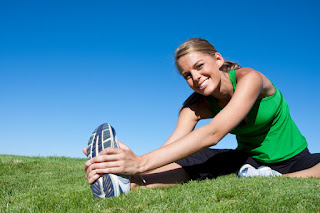 But if I don't stretch, how will strangers know that I just worked out?

It makes perfect sense that stretching reduces the muscle soreness that follows intense exercise. You've just worked the muscle, so it's likely going to become tight afterwards. As such, you should stretch it out before it tightens up so that the contracture doesn't occur as severely.

However, while science hasn't quite determined what DOMS is actually caused by, it's almost certain that the soreness is not due to a shortening of the muscle (which stretching would thus alleviate). Rather, it's more likely pain caused by muscle damage, lactic acid, enzyme accumulation, or simply inflammation. 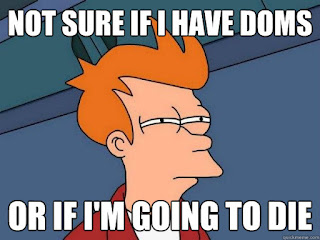 Regardless, it seems crazy that stretching wouldn't still help reduce the soreness. However, experiments have demonstrated just that. In fact, depending on the study you read, it's even suggested that static stretching after exercise, as opposed to an active cool-down, actually resulted in increased DOMS. Again, these mechanisms aren't clear, but the results speak for themselves.

An increased in muscle lengthening and range of motion has been well-supported by science for years. However, what I've witnessed, anecdotally, is countless individuals who are still barely able to touch their toes despite consistent stretching on a daily basis.

Does this suggest that these people simply aren't stretching enough to compensate for their mechanical demands? Is more stretching the answer? Probably not, unfortunately. Whether it's the time spent stretching during each individual session or the overall length of time you've been following a stretching protocol, no difference in range of motion has been measured between doing more or less.

So at least moderate stretching should be beneficial, by that logic. Even this principle is being challenged by some researchers, though. For instance, one group of researchers were able to show that range of motion increases from static stretching were lost after only three minutes following cessation of the stretch. Granted, this experiment did not measure gains made during a long-term protocol, but it definitely piques interesting thoughts behind the concept of stretching at all.

Finally, I'd like to point out that static stretching isn't the only method of gaining range of motion, as demonstrated in one study that compared stretching to strengthening of the hamstrings. As it turns out, eccentric training of the muscle actually resulted in greater range increases than statically stretching did. Interestingly, increasing neural control over the muscle seems to do more than simply trying to lengthen it.

Is There Any Use At All?

So I seem to have effectively picked apart all rationale for including static stretching in exercise programs. It's not so black and white, though, as studies have still definitely demonstrated a decrease in musculotendinous injury in programs that included it. With the above considered, however, it suggests that we simply may not know why this may be. 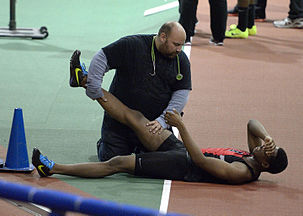 One realm that the newer research hasn't addressed is the effects of stretching on muscular spasm following pain or injury. When a muscle is guarding in response to some sort of trauma, is stretching a method of overiding those neural signals to allow it to release? Certainly, this decreased neural activity is the reason for reduced muscular power output following a static stretch, and stretching definitely helps relieve cramps. Is the same mechanism useful for when trying to get a painful, spastic muscle to relax during a rehab program? Is this the reason behind reduced injury risks when part of the program? These are just a few things to consider from this point forward, and hopefully the science continues to develop our understanding of the subject.

All in all, I'll leave you with this as punctuation: 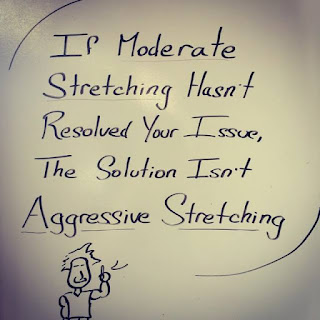